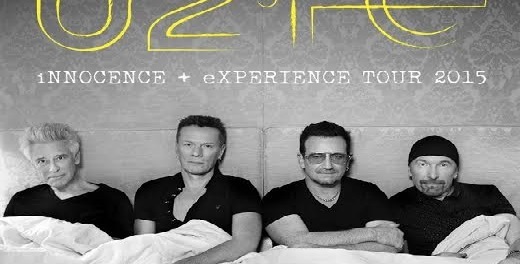 There were rumours yesterday that U2 was going to announce their 2015 tour today and tickets would go on sale tomorrow. I didn’t believe it because I didn’t think Bono would know when he was going to be fully recovered. And if they did announce tour dates today, I was hoping they would wait until after the first of the year until tickets went on sale. But alas, the rumours were true and the tour dates were announced today and the presale for u2.com subscribers is tomorrow with regular on sale Monday. Ugh!

Today has been a whirlwind of planning and plotting for the U2 Innocence and Experience Tour next year. It’s not like U2’s past tours with shows in lots of cities. For this leg (and I hope there is another U.S. leg next year), U2 is only playing in six cities in the U.S. and three cities in Canada with multiple shows in each city. When I first looked at the schedule, I knew (or hoped) I would go to the four shows in New York City and the two shows in Boston and probably the two shows in Chicago. That would be eight shows for the tour, my standard for each tour (gotta keep the streak alive). I talked with my U2 friends and they were discussing going to Montreal and Toronto. I started thinking I could maybe do those shows too. Or maybe LA or Arizona. I love it out West. But I kept looking at the Vancouver show because it was the first show of the tour. Not just the first North American show, but the FIRST SHOW OF THE TOUR! That is huge! I’ve only been to one tour opener and it was on the Elevation Tour, my favorite tour. To go to the first show of the entire tour is the best because everything is a complete surprise.

Now I have my sights set on the first two shows in Vancouver, the last four shows in New York City, the two shows in Boston and the two shows in Chicago. That is the order of how I am prioritizing my ticket buying. I have booked hotels within walking distance to the arenas in each of these four cities. I can cancel all of them if I can’t get tickets or plans change, but it is always good to book early before they sell out or raise the price. I haven’t decided yet whether I am driving or flying yet to these shows. I need to get the tickets first and then I will plan that part of the tour. Obviously I am flying to Vancouver and will probably take megasbus or train to New York, but I may drive to Boston and Chicago unless I can get cheap flights on Southwest. Either way I will once again be ON THE ROAD WITH U2 in 2015!

Check back tomorrow and Monday as I continue to journal my U2 iNNOCENCE + eXPERIENCE tour planning and ticket buying saga. Good luck! 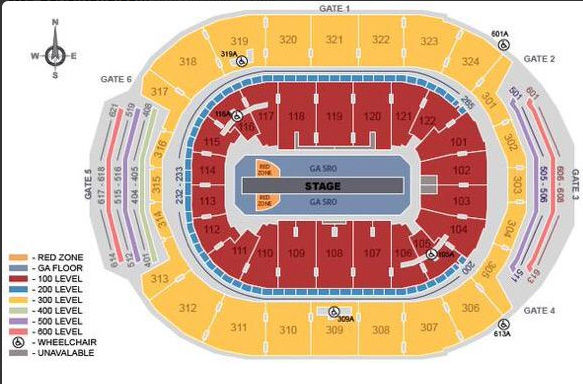