In his 50th year, Larry Mullen Jr makes his acting debut in the remake of The Man on the Train. Not only is this his acting debut, it is the starring role – along with Donald Sutherland. Larry also produced the movie and composed the original score. It would have been perfect to watch The Man on the Train on Larry Mullen’s 50th birthday on Monday, but it debuted on Video on Demand last night so I had to watch it.

The Man on the Train 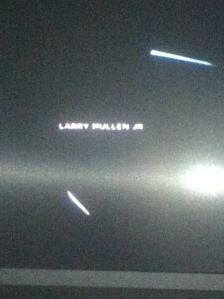 I did not love The Man on the Train, but I loved watching Larry Mullen for two hours as he was in almost every scene. It was sort of like an Elvis movie in that the movie isn’t that great, but I like it just because I like watching Larry (Elvis). Although it was too slow for me, I really appreciated the story after watching the ending. The character of The Thief that Larry portrays is much like himself – a no-nonsense, sarcastic man of few words with a cold stare. For his portrayal, Larry darkened his hair and grew a goatee, which I did not like but he was still hot. 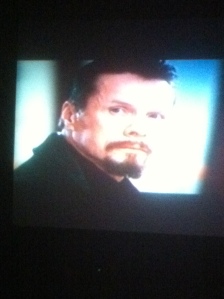 Larry Mullen is The Man on the Train