My first Popmart show was on May 22, 1997 at Three Rivers Stadium in Pittsburgh, Pennsylvania. I had just graduated from college a few days prior – finally! Mike, his girlfriend and I drove the five-hour drive from Baltimore. While waiting outside the stadium I met Ken, one of the guys on the crew who drove one of the trucks that carried parts of the elaborate Popmart stage from city to city. Ken was to be a source for a couple cool U2 experiences. 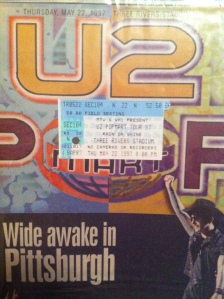 Popmart Pittsburgh 5.22.97 Set List: Mofo, I Will Follow, Even Better Than The Real Thing, Gone, Pride, I Still Haven’t Found-Stand By Me, Last Night On Earth, Until The End Of The World, If God Will Send His Angels, Staring At The Sun, Sweet Caroline, Miami, Bullet the Blue Sky, Please, Where the Streets Have no Name, Discotheque, If You Wear That Velvet Dress, With or Without You, Hold Me Thrill Me Kiss Me Kill Me, Mysterious Ways, One-Unchained Melody. 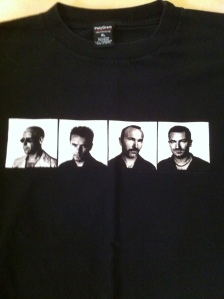 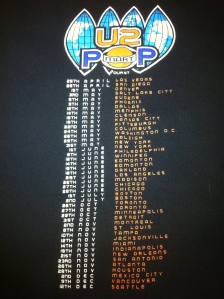