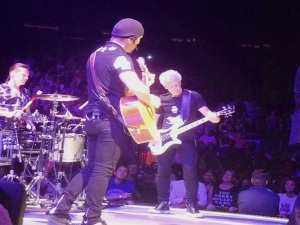 2015 was a great year to be a U2 fan. In 2015 I reached a goal that I had set back in 2010, in during the 360 Tour. I published my U2 memoir On the Road with U2 – my musical journey – and people seemed to like it! Apparently people enjoyed reading about my adventures and travels to 75 U2 shows [continue reading] 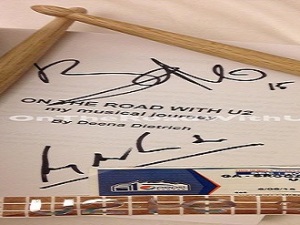 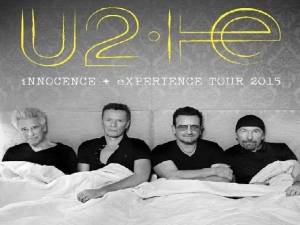 For the 360 Tour, I drove to every concert – with my two dogs. Now this year for the iNNOCENCE + eXPERIENCE Tour,  I’m flying to every concert – except for the ones in New York City. So this tour my dogs, Elvis and Cilla, will not be traveling with me – except maybe to New [continue reading]

My favorite U2 concert that begins with ‘D’ is Denver 360 on May 21, 2011. This show is not one of my favorite U2 shows ever, but it is certainly my favorite ‘D’ concert and had some notable moments for sure. Denver is where U2 opened its last leg of the 360 Tour, so that in [continue reading] 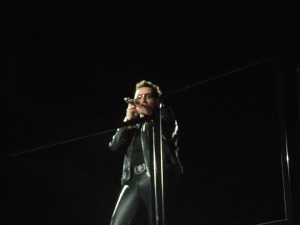 Day 8 – May 21 – U2 360 #1 Denver I woke up at 8am and looked out my hotel window to see the GA line. I went to the hotel restaurant to use their WiFi to upload videos and then took lunch back to my room. I walked Elvis and Cilla over to the GA line to hang out for a bit. I saw my old [continue reading] 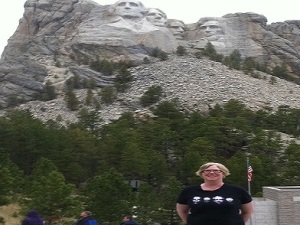 Day 1 – May 14 My dogs, Elvis and Cilla, and I left Memphis Saturday May 14 at 9:45am CST. We drove across the route 55 bridge for fear that parts of route 40 were flooded, as the Mississippi River had overflowed onto Beale Street. We passed through Bono, Arkansas about two hours later. A [continue reading] 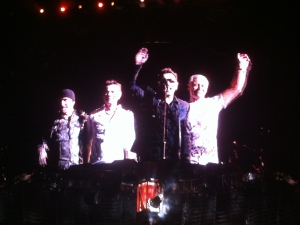 I consider this 17th day of my U2 360 tour across America the end of the first part of my road trip. My mom and aunt left today – they had been with me since the beginning. We had breakfast in our hotel and then went back to the fabulous Grand Sierra Resort to gamble for a couple hours before [continue reading] 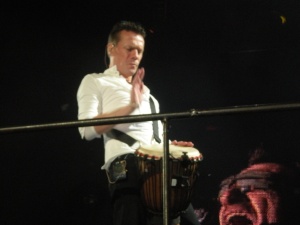 U2 360 in Denver was a fantastic show – a great way to open this US leg of the 360 tour. It was a great set list that included Pride, All I Want is You, Stay, Zooropa, Scarlet, Hold Me Thrill Me Kiss Me Kill Me and Even Better Than the Real Thing. It was the first time I had heard Zooropa [continue reading] 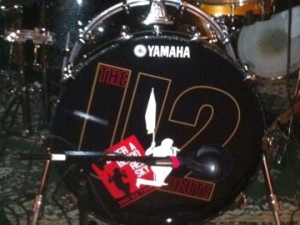 Last night U2 performed a private concert for Special Olympics at Invesco Field at Mile High, which is right next to my hotel. But instead I was listening to U2 tribute band Under A Blood Red Sky perform at the Hard Rock in downtown Denver. Ironic? At least the anticipation will be even greater [continue reading] 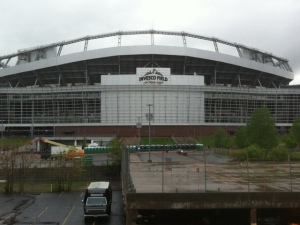 We left Keystone around 8:45am and it was 45 and raining. Within 10 minutes, it was snowing and 32 degrees. It snowed through South Dakota and a little in Wyoming. I never expected it to be literally freezing in mid-May. We were on state roads going through tiny towns for most of our trip, so we [continue reading]

Tomorrow I leave for the U2 360 tour, a journey that I have been planning for over a year. I am so excited! For 2 ½ months I will be driving with my 2 dogs, Elvis and Cilla, across America to all 16 US shows. Along the way, meeting great people and visiting great places – writing about all of my [continue reading]