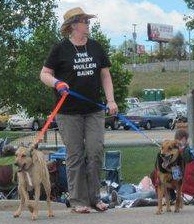 I really don’t think I can fit everything about U2’s 360 Tour into one blog post. It changed my life, literally. I saw 8 shows on the first US leg in 2009 and all 16 shows on the second US leg in 2011. The 2009 US leg of the 360 tour was what I normally did on U2 tours – saw as many shows as was geographically and financially possible with my old U2 friends. It was the 2011 US leg of the 360 tour was what changed my life. I took three months off of my life and drove across the country with my two dogs to all 16 US shows – and saw so much of America along the way. I made so many new friends, visited many great cities, started this blog, wrote a book (which I’m still trying to publish) about my adventures on the road with U2.

My rate the shows I saw on the U2 360 2009 Tour as follows: Las Vegas my favorite and DC, Oklahoma, Chicago1 are close seconds. The other four are probably in the order of Raleigh, Charlottesville, Chicago2, then Atlanta being my least favorite. For me how I rank a U2 show is more than just how the actual U2 concert was, although that’s a big part of it. It’s about who I saw the show with, what city we’re in, where in the concert we’re standing and unfortunately what happened that day leading up to the show. And if I’m going to be completely honest, what sort of Larry moment I had. The Las Vegas show was my favorite because it was a great U2 show, and it was in my second favorite city Las Vegas. It was a great set list that included ‘Viva Las Vegas’ as well as a snippet of In God’s Country. During the band introductions, Bono said Larry was the ‘Elvis of U2.’ Those two Elvis moments really made the show for me. Another great moment was when Larry smiled and waved to me at the beginning of I’ll Go Crazy. The Vegas show was also great because the whole day was relaxed, hanging out with everyone outside before the show and having the freedom to move around wherever I wanted during the show. The DC, Oklahoma and Chicago1 shows were tied for second for very different reasons. I loved the DC show even though it had my least favorite set list because U2 did not play No Line on the Horizon and didn’t replace it with anything. Even though I went alone, the DC show had a great energy from both the audience and the band. This was my hometown show plus it was my first time at the front rail on this tour, and the most centered I ever was. And I did have my Larry moment when he smiled at me from the drumkit while I was jumping up and down in my Larry Mullen Band shirt. And I didn’t imagine it either because someone came up to me after and told me she saw Larry smile at me. Oklahoma was great because it was the first time I was really relaxed and moved around the concert. The first time I went back behind the stage to watch Larry and have room all to myself – not worrying about ‘my spot.’ Larry smiled and waved at me at the beginning of I’ll Go Crazy. Chicago1 was amazing because it was my first show of the tour, and it had the best set list of the tour. I heard Unforgettable Fire for the first time and Pride and Bad, two of my all-time favorite songs, were played for the only time of the eight shows I saw that leg. Chicago1 was very stressful though and very exhausting because we waited in the GA line all day in the hot sun and then had people all around us smushed up against us during the concert. The Raleigh show was good because it was my birthday show (a day early), and I heard In a Little While (my favorite song off All That You Can’t Leave Behind) for the first time since the Elevation Tour. We also go to hear the sound check and had the perfect spot on the catwalk where Larry, Adam and Edge each stopped in front of us during I’ll Go Crazy. The Charlottesville show was good because we stood at the front rail on the side of the stage, Bono sang a verse of Unforgettable Fire to us, and I could really hear Larry’s ‘HEY HEY HEYs’ during Get on Your Boots because the vocals were SO loud. At the time, I did not appreciate the Charlottesville show because of all the horrible traffic we encountered getting to the show. The Chicago2 show was good because Your Blue Room was played for the first time ever, and it was a very relaxed show. The Atlanta show probably would have been better if I wasn’t sick and alone. I had a great spot at the front rail in front of Adam and Larry gave me a nod from the drumkit during Beautiful Day even without my Larry Mullen Band tee. For the first time in my life, and I hope the only time, I left a U2 show early. I left during One because I was so sick, but at least I got to see a little of the show from across the stadium for the first time. A great thing about 360 2009 was that I got to see U2 in cities I had never seen them in before and obviously visit cities I’ve never been to. My whole life I had wanted to visit Chicago and go to Wrigley Field. Because of U2, I got to do that and now I love Chicago! I had always wanted to visit Atlanta as well and got to do that. Although I’m not a huge fan of Atlanta, but I am glad I got to visit the Martin Luther King sites. I had never really wanted to go to Oklahoma, but it was cool to see it. And I had been to Las Vegas twice before, so any excuse to go to Vegas. I love Vegas! 360 2009 was also great because I got to see and hang out with a lot of friends that I hadn’t really seen since the Elevation Tour, because I wasn’t really into the Vertigo Tour.

I had always wanted to drive across the country, and I had always wanted to follow U2 on tour – the whole tour. And last summer that is exactly what I did. I wasn’t working and barely had enough money, but I packed up the car and Elvis, Cilla and I left our house for three months to drive to every U2 show in the US on the last leg of the 360 Tour. Along the way, I visited great American sights, saw 16 fantastic U2 concerts and met many great people.

it’s all about Larry

I had the best summer of my life on the U2 360 Tour. I learned there really is humidity in Southern California, to never drive around Chicago or Atlanta (especially on July 4th weekend), don’t avoid an outdoor concert in Miami in the summer because you think it is going to be too hot because the shows in St. Louis, Baltimore and Nashville were much hotter, and U2 fans really are the greatest. But the most important thing I learned is to always follow your passion, even if you think it’s impossible or impractical. If I had thought logically and practically, I would have skipped the second Anaheim show to make it an easier drive from California to Maryland to make it to the Baltimore show, but then I would have missed my favorite show of the tour. And if I had been thinking logically and practically, I would have never even gone on the trip to begin with because I couldn’t really afford it, but then I would have missed out on the best summer of my life On the Road with U2 on the 360 Tour.