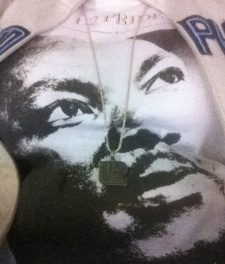 I know this is a blog about my travels on the U2 tours, but I could not let this day pass without writing about it. Today is April 4th, the 43rd anniversary of the assassination of  Dr. Martin Luther King Jr in Memphis. I used to work at the National Civil Rights Museum, which is at the Lorraine Motel where Dr. King was killed. 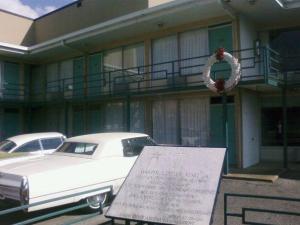 U2 wrote a song about Dr. King called Pride (In the Name of Love), and it is one of my favorite songs. I used to love it at the U2 shows while U2 was playing Pride, Dr. King would be on the big screen and they would play part of his Mountaintop speech,

Like anybody, I would like to live a long life. Longevity has its place. But I’m not concerned about that now. I just want to do God’s will. And He’s allowed me to go up to the mountain. And I’ve looked over. And I’ve seen the Promised Land. I may not get there with you. But I want you to know tonight, that we, as a people, will get to the promised land! 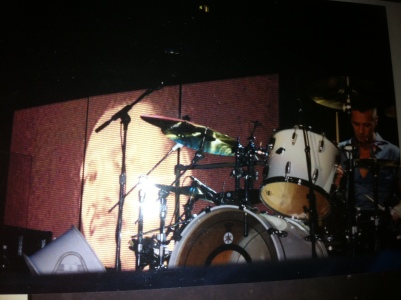 I was excited when U2 played Atlanta in 2009 on their 360 Tour because I had never been to Atlanta and had been wanting to see Martin Luther King’s birthplace, Ebenezer church, and MLK’s grave. 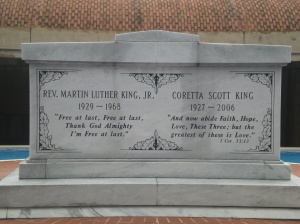 I was also excited that U2 were going to play Pride at their concert, since we were in Atlanta where Martin Luther King was born and was buried. Pride had not been played since opening night in Chicago about a month earlier. I wore my MLK U2 Pride shirt, but unfortunately U2 forgot where they were and did not play Pride that night in Atlanta. 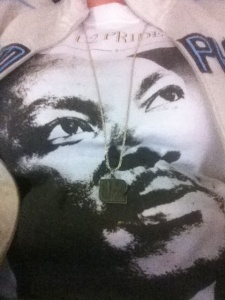 my MLK U2 Pride shirt

U2 did bring back Pride in 2010 on 360 in Europe, and they have been playing it in South America in 2011. I am hoping they will still be playing it next month when they start to tour the US. I mean out of 16 shows, I should be able to hear Pride at least once, right?

Mmm…mmm…mmm…
Early morning, April 4
Shot rings out in the Memphis sky
Free at last, they took your life
They could not take your pride

Rest in Peace Dr. Martin Luther King Jr. Thank you for all you did and all you sacrificed for the good of the world!