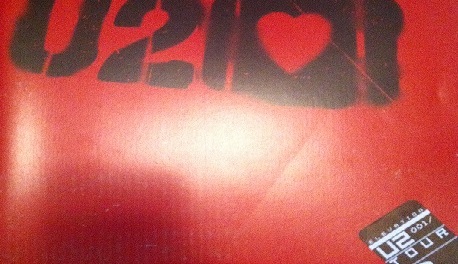 2001 was one of the best years of my life. It truly was the year of U2. But it started just over 2 months prior with the release of All That You Can’t Leave Behind in October 2000. It quickly became one of my favorite U2 albums. I didn’t have to listen to it a few times to fall in love with it like I had with Achtung Baby and Pop. My favorite songs off of All That You Can’t Leave Behind are In a Little While, When I Look at the World, Beautiful Day, Walk On and Stuck in a Moment You Can’t Get Out Of.

U2 went on the road in support of All That You Can’t Leave Behind with the Elevation Tour that started and ended in America, more specifically in Florida. I saw 27 shows on the Elevation tour that spanned from March to December 2001, including the first and final shows of the tour. I traveled across the United States from Maryland to Florida to Washington state and back to Florida making great friends who are still my friends today, 10 years later. In January 2001, I started buying my tickets for the Elevation shows. In February, U2 won three grammys for Beautiful Day – Song of the Year, Record of the Year and Best Rock Performance by a group or duo. In March my Elevation tour began, and I journaled all of my tour experiences.

my Elevation tour keychain from Philly